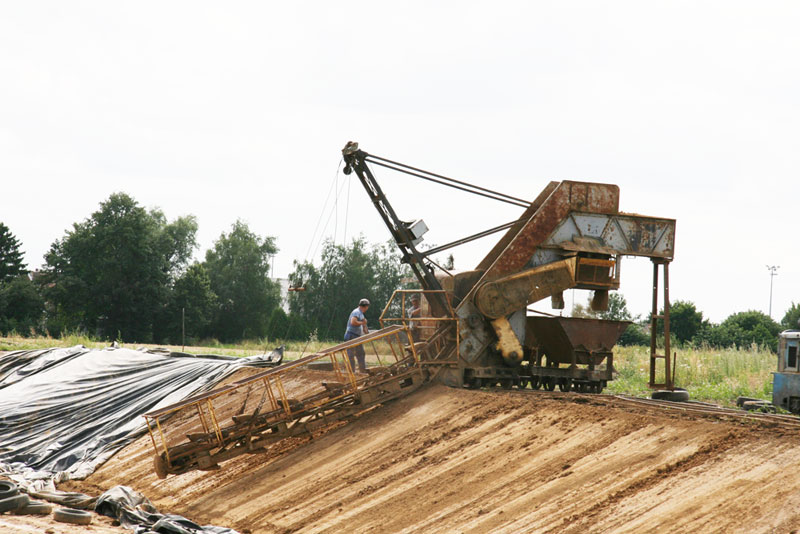 Our clay quarry is located in an area close to the brickworks.
This extraction is carried out using an excavator allows scouring layer by layer (10 cm per pass) and preparation of the soil which will be used to make future bricks. .
This machine removes one layer of clay to a height of two metres, thus ensuring respect both for the ecology and the environment. After extraction, the land is redeveloped and then returned to agriculture. 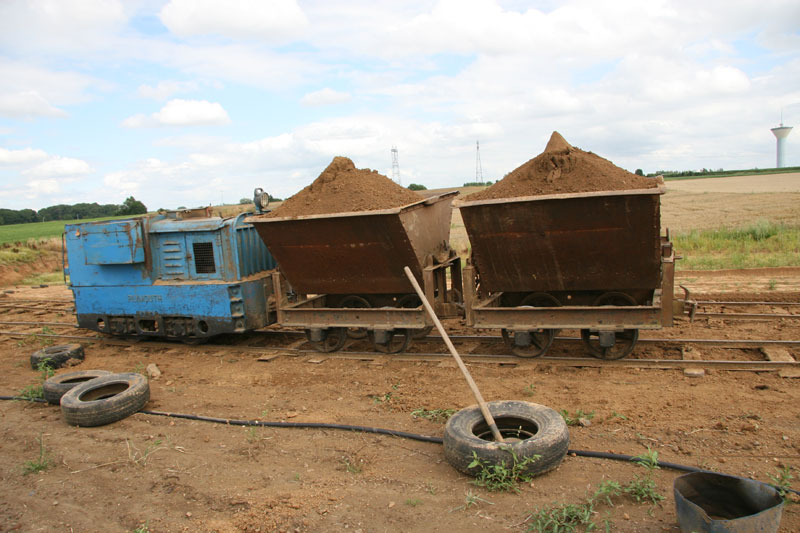 After extraction, the soil is transported by a train consisting of a rail tractor unit and seven wagons over a distance close to one kilometre.
This storage operation lasts from March to November, the soil being stored in a hangar to provide a buffer stock.
Once the first frosts arrive the machine is switched off and dismantled for maintenance. 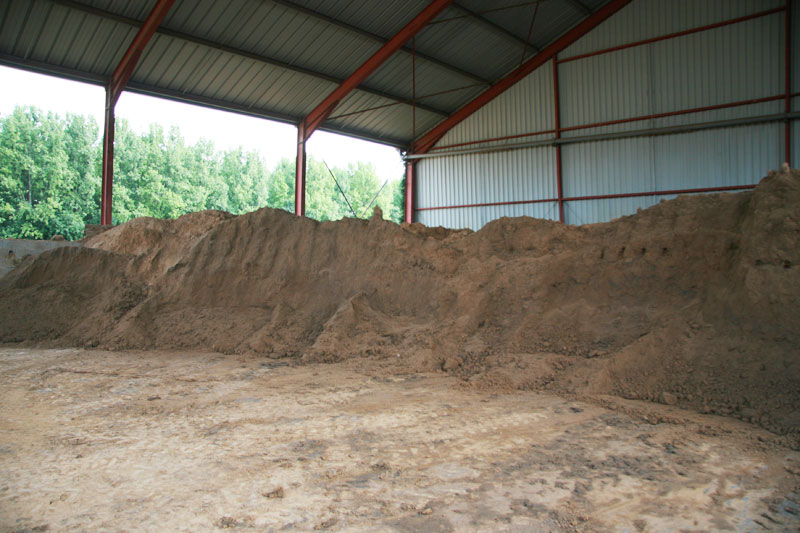 The clay is stored in a hanger to provide a stock during the summer, and will be fully replenished to enable bricks to be produced during the four winter months. 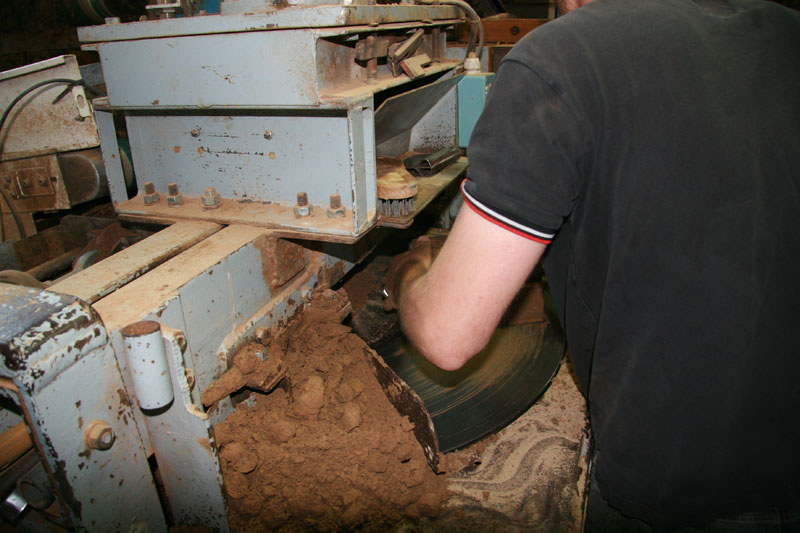 In a production hangar the soil is tipped into a hopper, crumbled and loaded into a press which produces 1500 bricks an hour by exerting a pressure close to three tonnes on each unit. 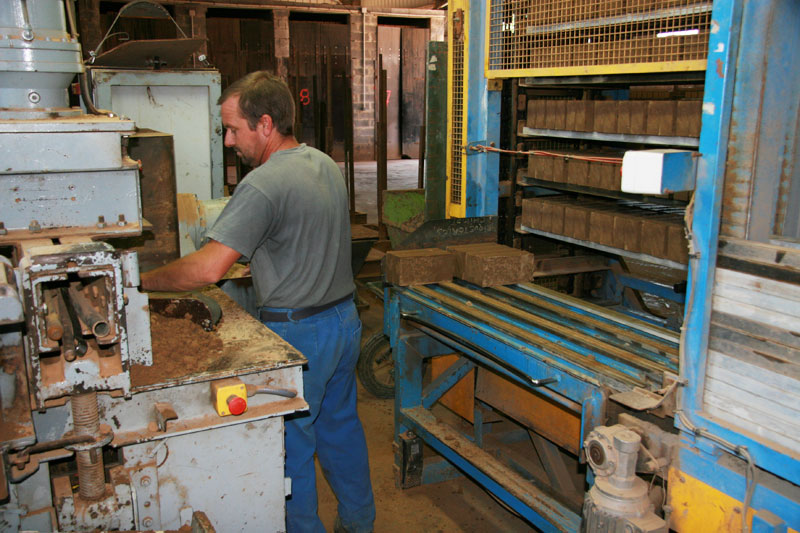 The fired bricks are stored in an automatic stacker. 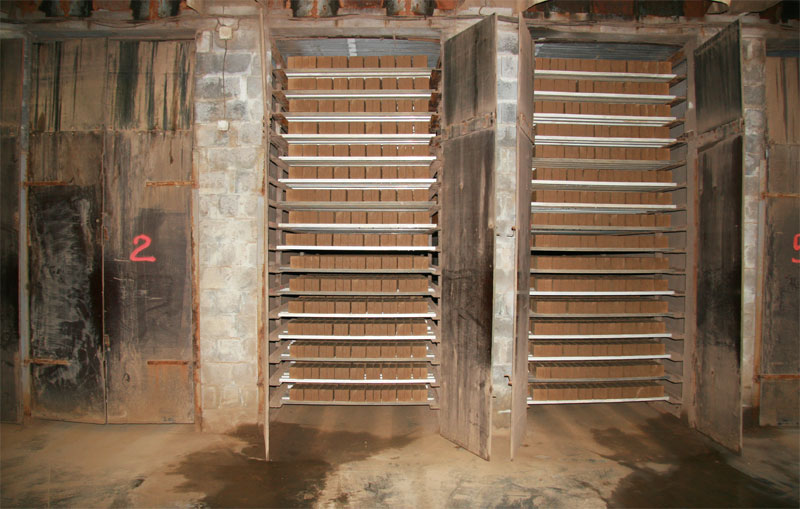 Once the stacker is full the bricks are transported by forklift to the dryers, where they will remain for three days. They are fully dried by kiln heat recuperators. 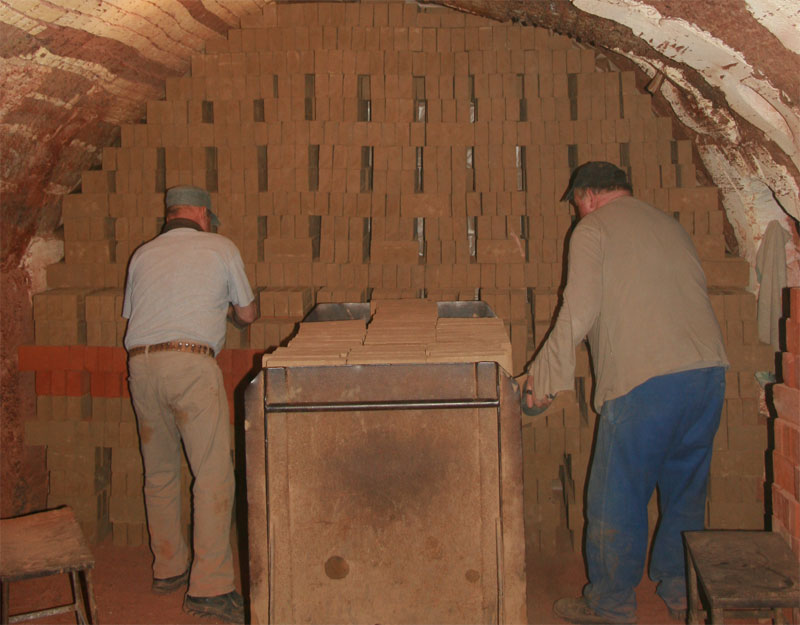 The green bricks are charged by means of wagons into a circular kiln of the Hoffmann type dating from 1904, an operation which is carried out entirely manually. The stacking is carried out in such a manner that the fire is displaced through the bricks. 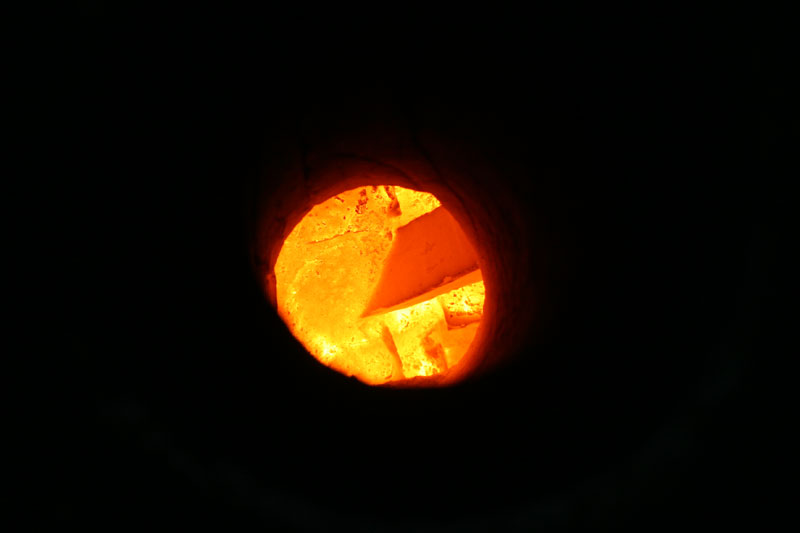 The fire circulates around the kiln by means of a set of supply units located above the galleries. The fire chamber is advanced at the rate of four metres a day at a temperature of between 1100 and 1200°.
The bakers follow one after the other in conducting the fire and ensuring correct baking of the galleries.
Our baking system has not changed since 1904, still coal fired, and it is only the experience and expertise of these men that guarantee efficient baking of the bricks.
In three weeks the fire chamber will have revolved around the entire kiln. 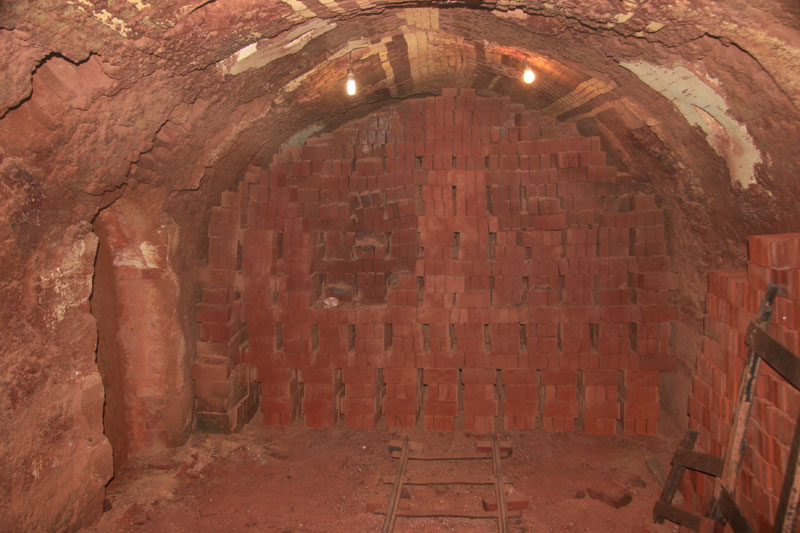 The bricks remain in the kiln for a week to cool.
They are unloaded onto wagons and placed on pallets. Unloading from the kiln is entirely manual.
They are now ready for marketing. 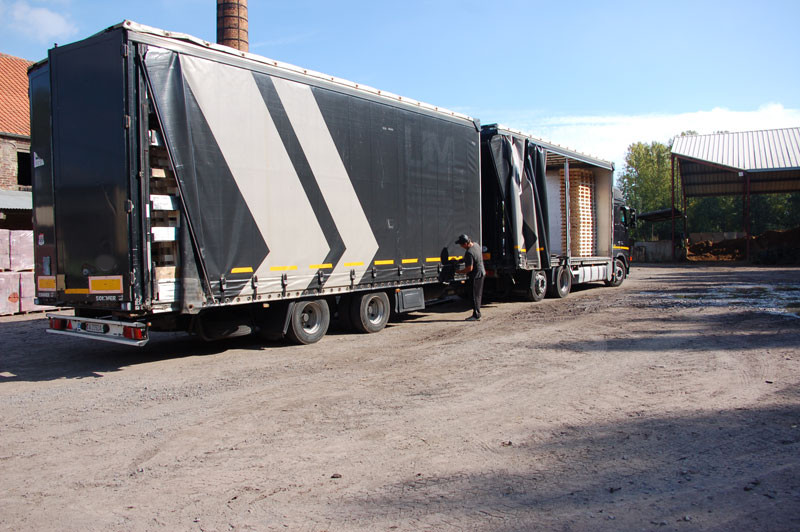